It was for the first time that a prestigious international meeting of gastroenterologists took place in Taskent. The International Symposium of Gastroenterology (ISG) was held from the initiative and under the support of the Czech pharmaceutical company PRO.MED.CS Praha a.s. and in cooperation with representatives of gastroenterological societies from various European countries, Russian Federation and Central Asian countries.

The event brought together more than 350 invited experts from 17 countries of Europe, Russia and the Commonwealth of Independent States. It provided a possibility to exchange information, assess general principles of patient treatment and present own scientific results and researches to colleagues.

The first day brought a series of lectures on inflammatory bowel diseases. The second day was dedicated to autoimmune diseases and on the last day various aspects of endoscopic methods in the treatment of emergency health conditions as well as the issue of hepatobiliar diseases were discussed.

All contributions were presented in English but the participants could also listen to presentations simultaneously interpreted into Russian.

International Symposium of Gastroenterology for the first time in central Asia

Tashkent, the capital city of the Republic of Uzbekistan, witnessed the prestigious international meeting of gastroenterologists for the first time. The Ninth International Symposium of Gastroenterology (ISG) was held from 31 May to 2 June 2012 at the initiative and support of the Czech pharmaceutical company PRO.MED.CS Praha a.s. and in cooperation with representatives of gastroenterology companies of a number of European countries, Russian Federation and countries of Central Asia.

The ISG is held every two years and is one of the most important specialised events in this field. “We are very pleased that the ISG, which has a great tradition in Europe (in the past it has been held in Andorra, Palma de Mallorca, Prague, Cracow, Tallinn, Kiev), is now, thanks to the cooperation of all the participants, is making headway in Central Asia,” said Prof. Armengol-Miró (Spain), one of the founders of this symposium, in his interview for the local press. The guests and participants of the conference were welcomed on behalf of the Uzbek government by the health minister, Adham Ikramov, in all three languages. The minister highlighted the importance of the problems considered by the participants of the conference as current and expressed the conviction that this event will make it possible for Uzbek doctors to present their experience in gastroenterology and will provide the opportunity for the effective exchange of opinions. The participants were also welcomed by Roman Masařík, a representative of the Embassy of the CzechRepublic who contributed to the successful organisation and proceedings of the symposium, but above all for the arrival of the guests to Uzbekistan.

The event brought together more than 350 invited specialists from 17 countries of Europe, Russia and the Commonwealth of Independent States. It allowed for information to be exchanged, the general principles of the treatment of patients to be considered and the presentation of scientific results and research to colleagues. Highly qualified specialist doctors came to Tashkent – the best European hepatologists, gastroenterologists and representatives of traditional gastroenterology schools.

There were 40 lectures in the three days of active work and thanks to the interesting and current subjects there was not one vacant seat in the hall. The participants of the symposium received information materials and during breaks between the lectures an active discussion was held about further papers whose results and conclusions of some specialists were presented on posters. All the lectures were presented in English, but participants could also listen to the lectures simultaneously interpreted into Russian.

The ISG 2012 became an important event in the life of the Central Asian medical public. “It is necessary to a large extent to make use of such forms of education such as annual national schools and gastroenterology conferences, and involve home scientists and leading specialists from near and distance foreign countries,” summed up the Uzbekistan health minister, Adham Ikramov. 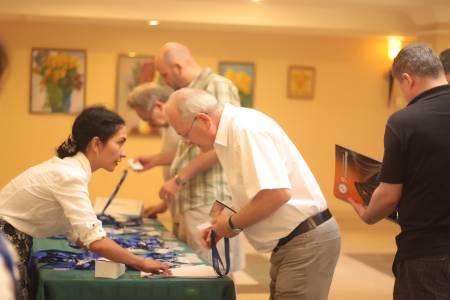 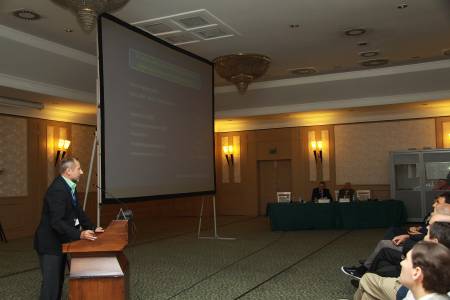 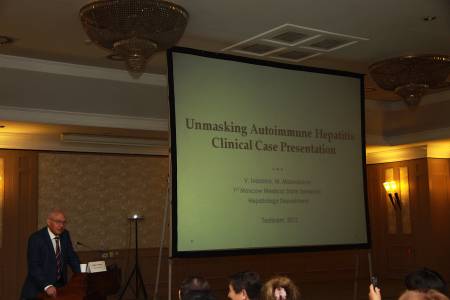 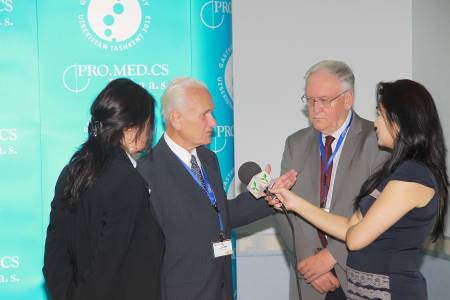 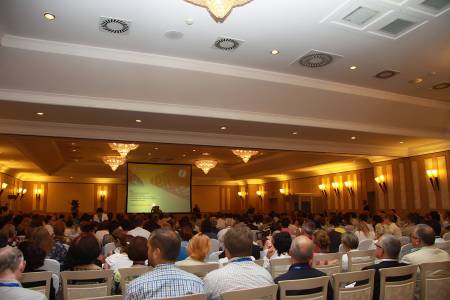 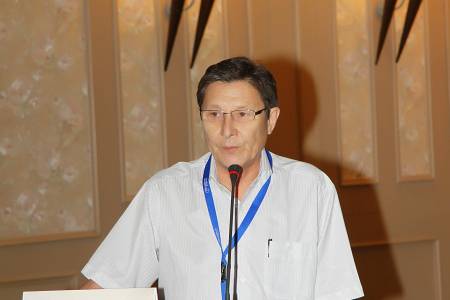 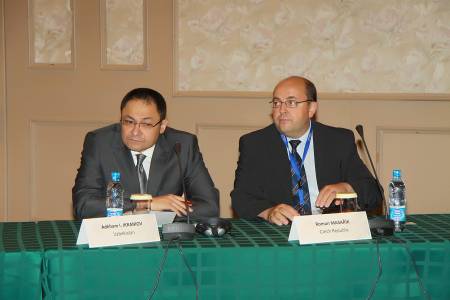 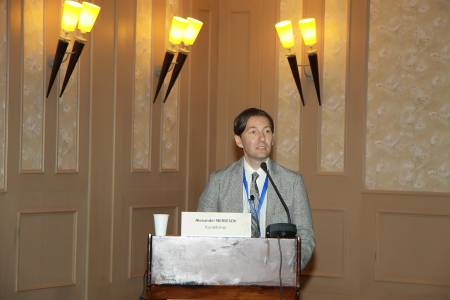 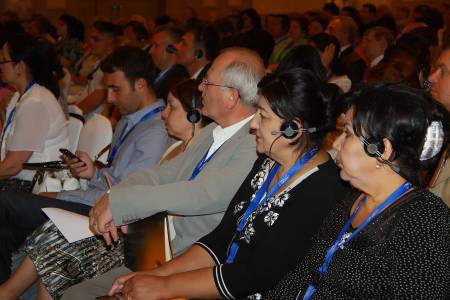 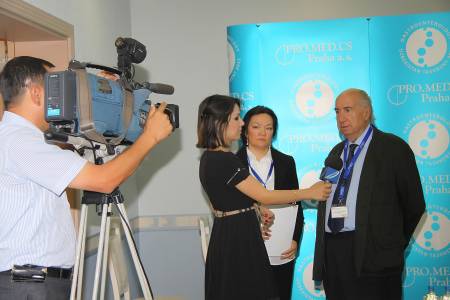 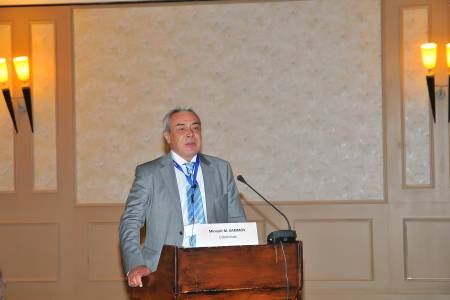 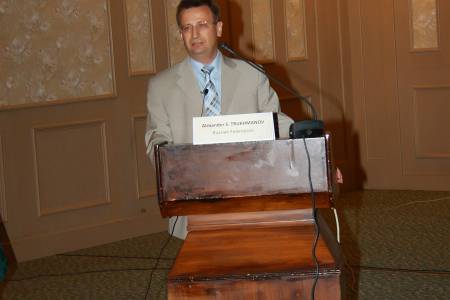 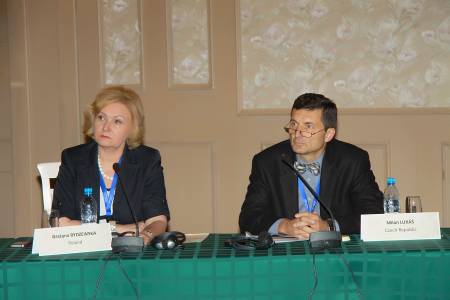 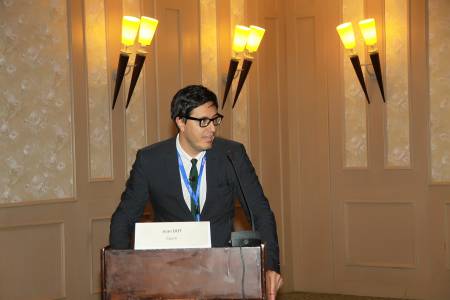 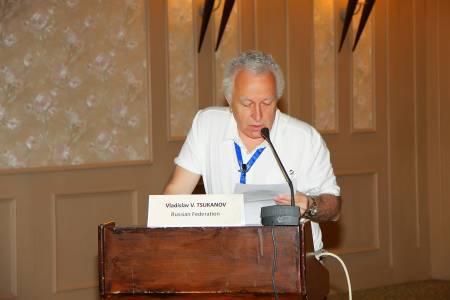